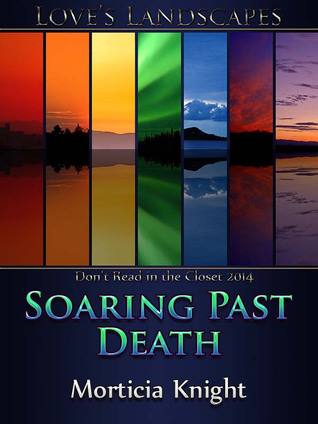 Dear Author,
After years of doing this I never thought anything could surprise me, but I was wrong. Of all the trainees to be assigned, somehow Viper 44 was the last one I expected to see in the program.

Still so young, but then that’s what the mission requires.

Photo Description:
Black and white pic of a slightly built young man with his head bowed, on one knee, arms wrapped around his other knee. He’s chained to the ceiling by a collar around his neck. In the foreground, there is the bottom half of a man facing him, holding a flogger.

This story was written as a part of the M/M Romance Group’s “Love’s Landscapes” event. Group members were asked to write a story prompt inspired by a photo of their choice. Authors of the group selected a photo and prompt that spoke to them and wrote a short story.

This story may contain sexually explicit content and is intended for adult readers. It may contain content that is disagreeable or distressing to some readers. The M/M Romance Group strongly recommends that each reader review the General Information section before each story for story tags as well as for content warnings.

The story begins when 13 learns he has to put his sub, Viper 44, through specialized training that entails torture and sexual abuse. Though 13 fears his command has learned about his secret relationship with 44, he goes through with the punishment. He hates having to hurt 44, but he follow his command’s orders, doing his best to conceal the fact that he and 44 are lovers. Once they make it through their ordeal, they’re faced with danger neither had expected.

Such a hot short story. I was a bit weirded out by the names being numbers considering I just finished reading another sci-fi book with numbers for names. However, I got over it quickly and became immersed in the story. Though most of the torture between 13 and 44 wasn’t graphic, things did get a bit tense and harsh in the end. I enjoyed the ending and the tenderness of their relationship after everything was said and done. I recommend this free read to anyone who likes m/m dark erotica. 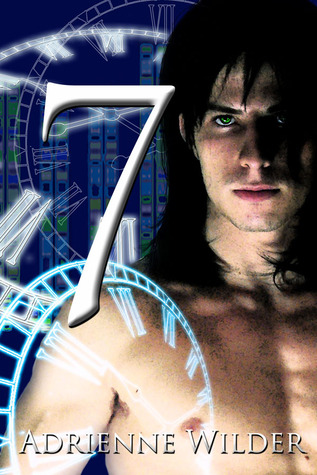 The year is 2028, and Dallas and Raleigh Jenson are torn apart when a worldwide zombie apocalypse ravages their home of Townsville, Australia. After a year of searching, Dallas, a former Australian army rifleman, finally reunites with Raleigh, but it’s not like old times. Not only do they have zombies to contend with, but also other humans, changed by desperation and willing to do anything to survive.

Dallas and Raleigh have changed too. So much so, that Dallas struggles with the idea that Raleigh no longer needs or wants his protection. But they will need to rely on each other and find strength in their love as they are forced to evade zombies and watch their friends die. As they fight for their lives in a brutal landscape where every supply and every step toward a potential cure is a battle to the death, only their trust in each other can keep them from perishing.

“Everything will be all right.”

“Will it, though?” Raleigh stared at him out of the corner of his eyes. “I’ve seen the movies, Dallas. I know how it goes. I don’t want to live in a life like that.” When they reached the door to the next floor, Raleigh twisted the knob and opened it, guiding him inside. “I thought about killing myself, you know.”

“What?” Dallas reeled back. Silence filled the room, the only sounds a dripping pipe and zombies’ roars from outside.

Raleigh wouldn’t look at him. He stared at the peeling black walls, his jaw tense. The Raleigh that Dallas remembered would be in tears, but this Raleigh wasn’t. He was sad, but he held in the tears. With Raleigh crossing his arms over his chest protectively, though, Dallas saw more of his Raleigh there, his soft heart hiding beneath the tough shell that this world had created.

“When?” Dallas asked, trying not to choke on his words. This room stunk of antiseptic liquids of some kind, and it nearly burned his nose. But nothing could distract him from what Raleigh was saying, not with the bombshell his husband had dropped on him.

“About six months in.” Raleigh took a step forward, and Dallas opened his good arm, pulling him closer. Raleigh pressed his face into Dallas’s neck. “I looked for you. Janey and I did. I was beginning to think you were dead. And this world… I hate it, Dal. Your friends die every day. You don’t know when it will be your last. There is no hope. No future. They outnumber us, and they are getting stronger. I was so lost without you. You were always my rock. I… I looked at my gun and I thought, maybe I could end it all. Right now.”

Meg Bawden was born and raised in North Queensland, Australia. She’s loved stories since before she can remember and has always enjoyed creating characters of her own, even if it did begin with drawing faces on toilet rolls and giving them names. Wiring has always been a passion of hers and she’s loved the M/M genre since 2004, the first book she read being Rainbow Boys by Alex Sanchez.

Writing M/M since 2007, Meg has never had the confidence to attempt publishing her own stories, but in 2015, she decided that it was all about to change thanks to the amazing friends she’s made in the M/M genre and their support and encouragement. So watch out world, Meg Bawden is coming out to have some fun! 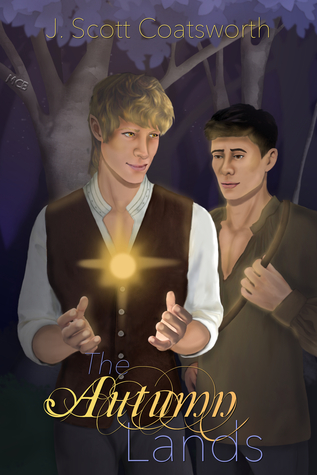 Jerrith is running. Kissed by an elf, he can’t remain in his hometown of Althos anymore. Not that he wanted to stay.

Caspian still hasn’t figured out why he kissed Jerrith, but he’s running too. Since he was exiled from the Autumn Lands, his past has been hazy, and his future uncertain.

But when a stray memory brings things into focus, the two decide to run toward something together. What they uncover will change how they see the world, and themselves, forever.

The Autumn Lands begins with a kiss—one that leads to serious consequences for both Jerrith and Caspian. Jerrith is an average guy, but Caspian is and elf who has lost his wings. As Caspian’s memories start to come back, he realizes that Jerrith is his destiny and kissing him was what led to his downfall. Jerrith and Caspian set off to the Autumn lands to set things straight, but when they arrive there is a surprise waiting for them.

Though there was no sex in this book I loved the relationship between Jerrith and Caspian. They were meant to be together so everything just felt right for them. Though their journey was dangerous, they were both cast out by their people, so they had nothing to lose and everything to gain. I especially liked it when Caspian’s former lover comes into play, since Jerrith’s jealousy seemed to strengthen their relationship. Though the romance aspect was sweet, I think the most notable part of this book was the world building. In the beginning, the world appeared almost like a Middle Ages setting, but as they learn more about their circumstances, it becomes clear that they are on another planet. So the effect was that it started out seeming like fantasy, but by the end it was definitely Sci-fi. Though I loved the world the author created, I at times became a little overwhelmed. This may have been due to the fact that Caspian is remembering everything little by little and sharing it with Jerrith along the way. So the reader is learning about the universe along with the main characters. Despite having to back paddle a little to keep up, I understood enough about their situation that I thoroughly enjoyed the ending.

This is the first thing I’ve read from J. Scott Coatsworth, but I look forward to reading more. I recommend this book to anyone who likes M/M Sci-fi, Adventure, Dark Fantasy, and Sweet M/M Romance.

Scott has been writing since elementary school, when he and won a University of Arizona writing contest in 4th grade for his first sci fi story (with illustrations!). He finished his first novel in his mid twenties, but after seeing it rejected by ten publishers, he gave up on writing for a while.

Over the ensuing years, he came back to it periodically, but it never stuck. Then one day, he was complaining to Mark, his husband, early last year about how he had been derailed yet again by the death of a family member, and Mark said to him “the only one stopping you from writing is you.”

Since then, Scott has gone back to writing in a big way, finishing more than a dozen short stories – some new, some that he had started years before – and seeing his first sale. He’s embarking on a new trilogy, and also runs the Queer Sci Fi (http://www.queerscifi.com) site, a support group for writers of gay sci fi, fantasy, and supernatural fiction.