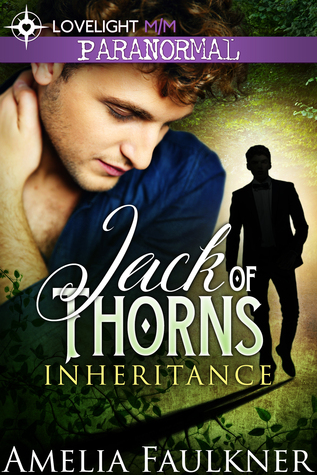 Laurence Riley coasts by on good looks and natural charm, but underneath lies a dark chasm that neither heroin nor lovers can fill. Sobriety is a pipe dream which his stalker ex-boyfriend is pushing him away from. Luckily, Laurence has powers most can only dream of. If only he could control them.

Quentin d’Arcy is the product of centuries of wealth, privilege, and breeding, and is on the run from all three. A chance encounter with an arresting young florist with a winning smile could make him stop. Laurence is kind, warm, and oddly intriguing but Quentin’s wild telekinesis and his fear of sex make dating a dangerous game.

When opposites attract, they collide.

Desperate to fix his rotting life, Laurence prays for aid and accidentally summons a fertility god who prefers to be called Jack. Jack is willing to help out for a price, and it’s one Laurence just can’t pay: he must keep Jack fed with regular offerings of sex, and the florist has fallen for the one man in San Diego who doesn’t want any.

If they’re to survive Jack’s wrath, Laurence and Quentin must master their blossoming feelings and gifts, but even then the cost of Laurence’s mistake could well overwhelm them both. How exactly are mere mortals supposed to defeat a god?

Jack of Thorns is the first book in the Inheritance series and contains mature themes and events which may be distressing to some readers. It has a low heat rating and an HFN ending.

I went into this book with high expectations — and they were met every step of the way. Faulkner writes with a deft hand, with strong characterizations that are consistent throughout the entire book. She drops hints for what I assume will be books to come (at least, they’d better be), and they promise one hell of a series without making me feel starved for plot in the first book. From what I see of the first book, she’ll deliver in the other books as much as she has in this one. This is what I want to see in a series.

I know this isn’t a normal pick for the Dark Arts blog, but despite my love of all things dark, there was plenty to keep my interest. A touch of the paranormal, a touch of romance, a touch of what might come of a Dom/sub relationship (please)… and it’s all around a fantastic book. I was sad when I ran out of pages before I was ready!

RATING: I’m crazy about it!

TITLE: The Angel of 13th Street 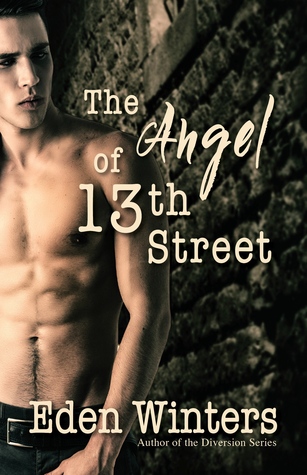 Noah Everett shed his rent boy existence for a bar and helping young men get a second chance at life. Haunted by those he couldn’t save, he keeps others at bay until his self-imposed loneliness is shattered by ambitious but homeless Jeremy Kincaid.

Aged out of the foster system, Jeremy’s the perfect target for a ruthless pimp like Willie Carnell. He wants no part of any future that includes working for Willie, but without a strong ally, he may not have a choice.

Noah knows exactly what Willie’s capable of, and if he’ll fight for strangers, he’ll fight harder for Jeremy.

Even if it takes confronting his own past.

Such a beautiful book! The story begins when Jeremy, an eighteen year old who’s living on the streets, is saved from a gang of ruffians intent on assaulting him. Jeremy’s savior, Noah, takes him in and protects him from a pimp who’s trying to turn him. Jeremy falls for Noah, but since Jeremy is twelve years younger than him, he doesn’t want to think of Jeremy in that way. Noah also has a past that he doesn’t want to share with Jeremy. Noah used to be a rent boy, but when he broke away, he decided to dedicate his life to helping rent boys escape the sex industry and start over. Noah want’s to shelter Jeremy from that existence, but Noah’s feelings for Jeremy as well as their cohabitation ends up putting Jeremy in danger.

This is the first time I’ve read Eden Winters, so I picked this book up out of curiosity, but I’m so glad that I did. The story-line was fantastic, and the characters were so honest and good. I loved Noah’s mission as well as the twist of his relationship with his former pimp. The sex scenes were extremely hot, but what I loved the most was the tragic beauty of Noah’s situation and the deep emotions involved.  He is truly a hero and I was in tears by the end of the book. If you love a book that can make you feel, this is definitely it. I recommend The Angel of 13th Street to anyone who loves m/m romance, drama, and YA.