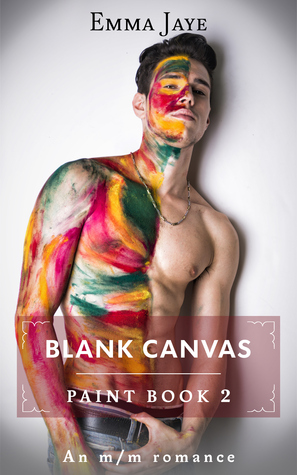 Unable to walk or talk coherently after a hit and run attack, Chris finds himself on the other side of the world with Jase firmly in babysitting mode. Pity and betrayal, even if it was for ‘his own good’ wasn’t something Chris tolerated from anyone, least of all from an ex-lover who was hanging around only out of a misguided sense of duty.

The barely breathing battered boy was all Kathleen had to wipe away her daughter’s shame and continue the Baccioni dynasty. Despite Chrisander’s unfortunate childhood, her grandson was young enough to mould into a god-fearing family man. Surely only an idiot would reject a life of respect and luxury with a beautiful, intelligent woman by his side, for a grubby little flat and a dirt poor, ex-army sergeant.

Blank Canvas begins right where book one left off, so there was no guesswork or no time at all wondering what happened. After Chris’s accident, he wakes in the hospital to find that his mysterious grandmother from America has come to claim him.

Although she is rich and will pay for Chris to have all the best treatment as well as security in the States, Jase is skeptical about her motives. She makes it clear up front that having homosexual sex is a sin and that she intends to “help” her grandson. At this point things seem like they could get pretty scary, but Jase has no choice but to let the grandmother take him. However, no matter how little she thinks of Jase, he refuses to leave Chris’s side. It’s only when Jase lets down his guard that things get out of hand.

This book had me on the edge from the beginning. With all that Chris went through in the first book, I couldn’t imagine him being thrown into one of those religious “rehabilitation” places. I was really scared for him, but I was happy how things turned out. I also loved seeing the contrast and the almost clash between two cultures when the couple has to leave England for the States. Though there were some dark parts in this book and some near misses, I was in tears in the end and overjoyed with how perfect things wrapped up. This series was a fantastic adventure and I loved every moment. I recommend this book to anyone who loves m/m romance with dark themes. 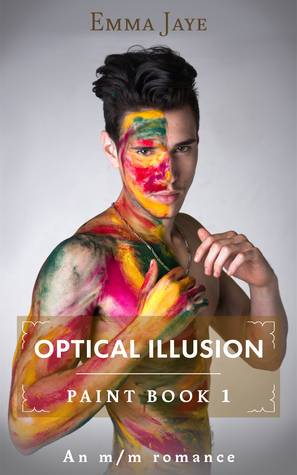 Smile, wiggle, lie, apologise, and run for the hills.

That’s the formula Chris has used all his life, but this time, he has something he’s never had to lose before, a family that cares. The problem is, his new brother’s very edible friend isn’t fooled by his act. If his secrets are revealed, they won’t want him and he has nowhere else to go.

Thanks to a suicide bomber, ex-military police sergeant Jase Rosewood is back in the English countryside. His plans for quiet recuperation are ruined by the effervescent, go-go dancing twink who has everyone wrapped around his little finger. Luckily for the gullible Matt, Jase can smell a liar a mile away, and Chris Bacon, if that’s even his name, stinks to high heaven. Assigned ‘Chris-sitting’ duty while Matt’s on honeymoon, Jase has a week to discover what is hidden beneath the bright camouflage. It’s a job, just like any other, so why does it feel so different?
Unfortunately, Jase isn’t the only one drawn to the boy who can’t stay still, but instead of wanting to reveal his true colours; they want to dull them forever.

Contains issues of physical abuse, but not between the central couple.

This was an awesome book! In addition to being hot, it had me in tears on many occasions. The story begins with a glimpse of Jace’s background. After being wounded while serving in Afghanistan Jace returns home to attend his best friend’s wedding and finds a pleasant surprise. His best friend has a brother he never known about. The long lost brother, Chris is really the star of this book and I loved him so much. In addition to being homeless and a go go dancer at a gay bar, he has a case of ADHD that keeps him buzzing constantly to the point where sleep is impossible for him. Jace and Chris seem like they’ll be perfect for each other, but before they get together tragedy strikes.

I’ve read a few of Emma Jaye’s books and though her main genre is not usually M/M, the one mostly M/M book I read from her (Before the Succubus) was extremely hot and one of my all-time favorites . So, I wasn’t surprised to find spectacular erotica in this book, but what did surprise me were the dark themes to include human trafficking and mafia-like activity. I guess I was expecting something lighter, but there was definitely enough seedy and dark things happening in this book to keep me on the edge. In addition to the plot twists and turns, Chris drew me in from the beginning. He’s so broken inside by the cards life has dealt him, but at the same time he’s unbreakable. He’s bubbly and full of life which is in no way an act for him. I loved that he refuses to take medication and it pissed me off whenever other characters try to force or trick him into taking them. Though this book ends in a cliffhanger, I was in no way disappointed. The first three chapters of book two are included at the end which was the perfect tie over. I’m already half way through the second book, which explains a lot of the mystery surrounding Chris and his origins. Overall, this book was a win for me. I recommend Optical Illusion to anyone who loves dark m/m themes, and m/m erotic romance.

TITLE:     Before the Succubus 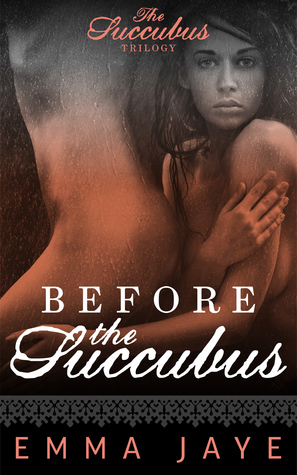 Grades are all that seem to be important to Lucas’ parents, that and securing their own future through his hoped for, lucrative career. The double standards of the older generation, especially their ‘do what we say, not what we do’ philosophy, makes life difficult for the most sought after virgin in school, especially as his parents indulge themselves as often as possible.
Sneaking out to go to a party proves just how unimportant grades are, and how little his parents told him about the supernatural world. It seems like sex demons like himself are in high demand by vampire clans. But if the blood suckers expected him to roll over and play the submissive, they had another thing coming. As anyone who knows him would say, he’s a stubborn git. But it seems, as if that may be just what they want.

Suitable for 18+ readers only. Scenes of M/M and M/F incubus ‘force feeding.’

Absolutely amazing book! This is the story of Lucas, a male sex demon who is abducted by a clan of vampires at age 18 in order to be their sex toy. The vampires especially love Lucas due to his fighting spirit. He’s not the type to bend over without a fight, which arouses the vampires even more. One thing I really loved about this book was that a Stockholm Syndrome relationship was not main focus of the story, rather the focus was on Lucas surviving his captivity and his struggle to prevail over his captors. With that said, the scene with the claiming of Lucas was extraordinary. Since Lucas is a sex demon he needs lots of sex to live, so every sexual encounter was extremely hot. The majority of the book is m/m but there ware some m/f scenes peppered in toward the end. Despite the sparse m/f scenes, I still highly recommend this book to anyone who loves dark m/m fantasy.

As a side note, Although this book can be read separately from the rest of the trilogy or can even be read first, I am a fan of both m/m and m/f so I’m glad I read book 1 first since I can read on to book 3 now without missing a beat.

RATING: Falling over backwards, going out of my mind for it! I will read again!