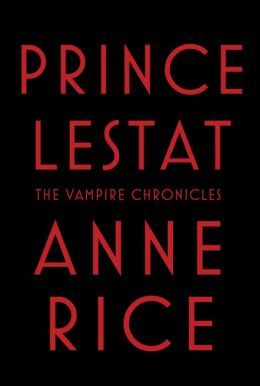 The vampire world is in crisis – their kind have been proliferating out of control and, thanks to technologies undreamed of in previous centuries, they can communicate as never before. Roused from their earth-bound slumber, ancient ones are in thrall to the Voice: which commands that they burn fledgling vampires in cities from Paris to Mumbai, Hong Kong to Kyoto and San Francisco. Immolation, huge massacres, have commenced all over the world.

There is only one vampire, only one blood drinker, truly known to the entire world of the Undead. Will the dazzling hero-wanderer, the dangerous rebel-outlaw Lestat heed the call to unite the Children of Darkness as they face this new twilight?

Anne Rice’s epic, luxuriant, fiercely ambitious new novel brings together all the worlds and beings of the legendary Vampire Chronicles, from present-day New York and Ancient Egypt to fourth-century Carthage and Renaissance Venice; from Louis de Pointe du Lac; Armand the eternally young; Mekare and Maharet; to Pandora and Flavius; David Talbot, vampire and ultimate fixer from the Secret Talamasca; and Marius, the true child of the Millennia. It also introduces many other seductive supernatural creatures, and heralds significant new blood.

It’s been so long since I’ve read something from a mainstream author, but considering Anne Rice was my first experience with reading M/M, I’m always up for reading her books. However, it’s been so long since I read a book in her Vampire Chronicles that I felt a little bit lost at first. Despite not remembering everything from the previous books, there was enough recapping that I was able to follow the story completely. In fact, the first part of the book is mostly introducing a lot of vampires from earlier books as well as vampires new to this volume. I was quite fond of the story line with Lestat’s adoption of the mortal girl, Rose as well as some of the new vampire intros. Toward the middle of the book, they all come together to resolve the central issue, which is the voice and the strange mass killings of vampires happening all over the globe.

Overall, this book was great and would be a nice end to the series. Though it kept my interest and brought tears to my eyes more than once, it wasn’t spectacular and moving like some of the earlier chronicles. I guess this might be said of any book that is a wrap up type story, but another thing was that it was set in modern times which made it lack the romance of her earlier volumes. Overall, I think the biggest drawback was the slower pace, but with so many characters and so many converging story lines, it was to be expected. I guess reading this book was more of a nostalgia thing for me. I still love Anne Rice’s writing and see the appeal of the worlds she builds, but I’ve read so many awesome m/m authors since I first started this series that I think my tastes have changed. Her style of subtle sexuality was an excellent introduction to the world of m/m, but now I prefer more intense and erotically charged works. I guess I’ll have to go back and read some of my favorites from her in order to know for sure. For anyone who’s a fan of Anne Rice, I recommend reading this book. However, if you haven’t read her before, it’s best to start with the first few books in this series.

RATING: I liked it