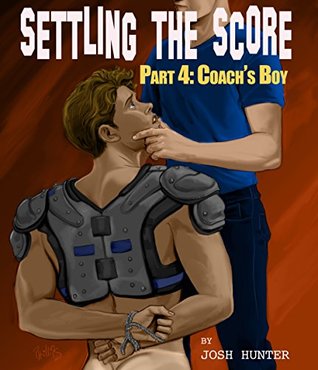 Up until last week, everything in life had come easily for the golden boy athlete– football, girls, friends. So what if he was a little rough on Kevin, the gay guy in his class? Isn’t every jock supposed to pick on “queers”?

Now Wade is learning his lesson the hard way. Ever since Kevin got his hands on that video, Wade has been at Kevin’s mercy… and at his service. Wade has had to do things that he swore he never would. But the worst part is that he’s starting to like it. Wade’s gotten a taste for something that he can’t get from this cheerleader girlfriend.

But that may be the least of the straight stud’s problems. Because Kevin’s not the only one who’s found leverage on Wade.

And if Wade thought his coach was hard on him before, he has no idea what’s coming.

REVIEW: I ran out of pages before I was ready for this installment of Settling the Score to end. If ever I thought this was just a take on the familiar revenge story, I was proven wrong in Coach’s Boy. Hunter keeps up with the relentless sexual exploitation of Wade, the star quarterback, but as the title and blurb indicate, he’s not only Kev’s toy anymore. Wade and Kev’s story takes a surprising but enjoyable turn as revenge turns into something a little more, but that’s not the only problem Wade has.

Despite the way things are changing, Kev doesn’t let up on Wade — and now we have the coach, who insists on owning Wade’s ass. There’s a distinct dynamic between how Kev and the coach handle Wade, and I’m really enjoying seeing it progress.

And have I mentioned it’s hot? On to the next, because I can’t seem to put these series down. 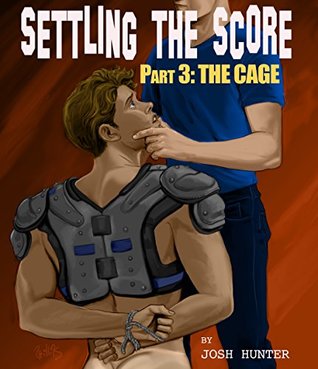 BLURB: A “straight” stud is starting to slip…

Wade still struts around school in his varsity jacket like he’s the king of the world. Laughing it up with his jock buddies. Making out with his cheerleader girlfriend. Making fun of the “queers”. But behind the eyes he’s starting to get desperate.

Wade hasn’t had sex in a week. Any kind of sex. Not since I put his manhood under lock and key. I wonder how much longer he can take it Another day? Two? Pretty soon, the frustration will be too much, and he’ll do anything just to get some release.

There’s only one problem:

It turns out that I’m not the only one who has Wade in training. And somebody wants to break him first.

REVIEW: Okay, so I couldn’t wait between reading Part 2 and Part 3. I admit I took enough time to write my review of the second installment and then dove right into the third to find out what happened to poor Wade. (Good luck not doing the same.) Kev is proving to be more of a hardass than might be expected, but then, after getting the chance to own the star quarterback who’s tormented him for so long… Well, let’s just say the fact that he doesn’t waste his chance to get back at one of his tormentors isn’t a surprise.

What was surprising was the addition of a third party into Wade’s predicament — but it was a very enjoyable surprise. I’d almost feel bad for the guy, but there’s enough of a twist there to where I can’t help but enjoy his plight even more. Again, I don’t want to give spoilers, but Kev has Wade right where he wants him, and he doesn’t let up. (Go Kev!) Tiny spoiler: the slightest mention of collars and calling someone submissive ‘boy’ with references to muttlike treatment might have me a little too interested. I admit I have a weakness for the training Kev starts to put Wade through, and I’m hoping for more of the same.

As I’ve said before, the books might be short, but they are well-written, complete stories with interesting characters. This isn’t just a typical revenge story; this is one where the characters clearly take on a life of their own and leave me wanting more. Hot and compelling as these are, I don’t think I could put down the series if I tried. 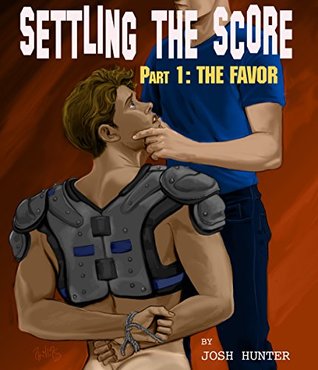 What’s worse than a bully? –A bully who’s the hottest jock in school.

Wade Johnson thinks that he can get away with anything, just because he’s the quarterback of our football team. He caught me staring at him during gym class Freshman year, and branded me a “queer”. He and his teammates have been making my life hell ever since.

But golden boy Wade just slipped up, and now he’s about to lose it all: his spot on the team, his hot cheerleader girlfriend, his college scholarship. And he’s begging for my help.

So what am I going to do with an arrogant jock who needs to be taught a lesson?

Most of us can think about someone who’s made our lives a living hell at some point or another — a bully in school, a particularly unforgiving manager at work, or just someone who lords over you in some way that you can’t get them back for. Hunter plays with the idea of just what happens when a boy who gets bullied at school takes things into his own hands and decides to fight back, and the result is a short — but extremely sexy — story. Though the storyline is a case of ‘what you see is what you get,’ I found myself surprised a few times by a few small twists and the author’s sense of humor.

Let’s just say that if you’re into the idea of a somewhat light revenge story along with a bit of a mindfuck and blackmail (if you can call any story with blackmail somewhat light, at least), this is a great story for you.