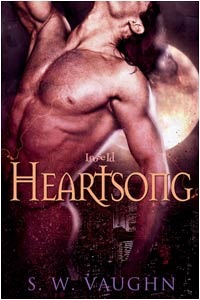 Trystan Raines loves cock. That’s a bonus in his line of work–he’s a prostitute, and damned good at his job. But pickings have been slim lately, and he’s homeless and flat broke. So when a stranger offers him a million dollars to play escort for a month, he jumps without looking–right into a world most humans don’t know exists. The world of the Fae. And his new master-for-a-month is their gorgeous prince, Braelan, who wants to “experience” New York with a human.

Uriskel also serves Braelan, as a bodyguard, but his term is a lot longer than Trytan’s: life, without possibility of parole. He’s also Braelan’s half-brother–but he can’t let the prince know that, or the King will have him killed. Uriskel is less than pleased when Braelan introduces his new human toy, and informs him that he’s to play bodyguard to the prince in the human realm.

Trystan thinks Uri’s an asshole. Uri thinks Trystan’s a fool. But when the prince forces them to perform sexual favors with each other for his amusement, they discover mutual lust that deepens to love. Unfortunately, there’s no way the prince will let them be together–unless it’s over Uri’s dead body.

Am I a stereotype if I say I drink a lot of coffee and I have a lot of cats? Because I do, actually…

I hate snow. Just thought I’d throw that out there, too. 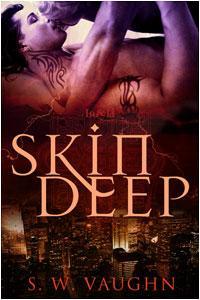 Will Ambrose knows everything about love — except how to find it himself. He hosts a popular GLBT relationship radio show, but his own affairs have been rocky and abusive. With sexy, seductive tattoo artist Cobalt, it’s lust at first sight. Unfortunately he’s already involved … until that night, when his late arrival home sends his cop partner into a jealous, violent rage.

Cobalt is a Fae, banished to live among humans. His studio, The Grotto, is both a hot spot for the NYC body art crowd and a haven for other Fae seeking protection. Though he’s given up on relationships, since his human lovers tend to go insane when they discover his true nature, he can’t help his lustful reaction to Will when the radio host visits The Grotto. He tries to dismiss it, but is compelled to get involved when a cab deposits a battered, broken Will at his door, with Cobalt’s name on his lips.

Can their powerful attraction — and phenomenal sex — overcome an abusive closeted cop, a traitorous Fae who tries to divide them, and an ex-lover with inhuman powers who’ll stop at nothing to take Cobalt back … including going through Will?

Am I a stereotype if I say I drink a lot of coffee and I have a lot of cats? Because I do, actually…

I hate snow. Just thought I’d throw that out there, too.