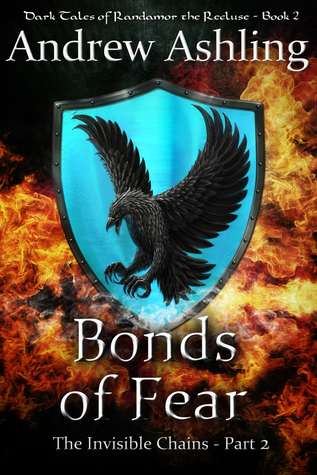 Is the strain becoming too much?

The threat of a barbarian invasion is imminent now, and the resources to organize the defense meager, to say the least. Moreover, the high king, father of the princes, begins to worry that one of his intrepid sons might do irreparable damage to the kingdom by provoking a force, greater than they can handle. Then there is the tortured relationship between Anaxantis and Ehandar…

Luckily for him, queen Emelasuntha, his mother, has Anaxantis’s back. But will it be enough?

A lot of new characters, each with their own story, appear on the stage. Young pages, some cute, some haughty and arrogant, a mysterious, barbarian prince and a ruthless baron are just a few of them.
Between all the turmoil of a country in upheaval, there is still room for love, tenderness, and laughter.

The second installment in this series was even better that the first. Anaxantis faces new challenges, and becomes crueler in the way he keeps his brother though he is still undecided about his fate. This book had so much going on and was such an awesome read that it is certainly on my list of books I will read again someday.

I won’t go too far into the plot, but I’ll say that I don’t think I’m ready to write off Anaxantis and I’m certainly not ready to sympathize with his father. Sure, members of a royal family must exist in a different world especially when the pattern set before them has been nothing but treachery and back stabbing. Bonds of Fear is a continuation of the saga where Anaxantis faces a grave attempt on his governorship in the north as well as on his life. This book significantly backs away from Anaxantis’s viewpoint and shows his development and actions mostly through other characters. Even though the relationship between him and his brother is not central to this book, the question still remains. I’m just waiting for his brother to apologize. Saying “I love you” only goes so far; if only he would apologize. What is he waiting for? I’m rooting for both brothers and for love. If one falls, I fear the other will too.

RATING: More than loved it!

Review: Bonds of Hate (The Invisible Chains #1) by Andrew Ashling