TITLE:  Spanked in the Woodshed 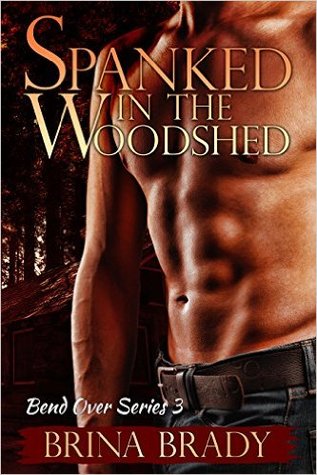 Shane is in trouble with his Dom again.

He can’t help making matters worse for himself. He wants to please Julien, make him happy, and be the perfect sub for him.

His Dom gives him everything he needs. He helps him learn to deal with his problems the right way, without leaning on drugs. Julien pays his college tuition and lets him work at one of his clubs to be independent and earn his own money.

No matter how hard Shane tries, something or someone always seems to slow their progress. Often, Shane gets in his own way, lying and breaking rules. This time, there are a couple of people trying to ruin their relationship.

Julien is so patient with Shane because he loves him and wants to be the safe place Shane can always come home to. Unfortunately, misunderstandings, lies, and shortcomings on both of their parts threaten to take away the one thing Shane and Julien each need more than anything else: each other.

Such a hot and romantic way to end the series! Spanked in the Woodshed begins at a point when Shane gets caught for skipping his classes. Shane is being followed by a scary looking guy at school, but he’s afraid to tell Julien about it. To complicate matters, Julien’s attempt to help a sub who’s in a bad position leads to Shane having doubts about where things stand between him and Julien. Shane’s subsequent actions and Julien’s fear of losing Shane, put Julien in a bad place. He’s never had feelings for any sub like he has for Shane, and he can’t stand the thought of anyone touching him. Despite the bumps in their path, their relationship remains strong while they work to head off the danger they face from Shane’s stalkers.