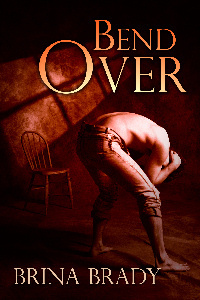 Runaway 18-year-old Shane O’Rourke is living under the Huntington Beach Pier.
He carries many secrets from his past. Shane wasn’t allowed to explore his sexuality when he lived home with his father, The Reverend. His submissive nature and desires had to remain fantasies.

Shane meets a dark stranger on the beach. Julien Callier is a Dom from Martinique and is sixteen years older than Shane. Bad boy Shane wants to win the heart of Julien Callier and become his sub. But does he really understand what Julien expects from his boy?

Julien’s heart goes out to this gorgeous boy and he takes him under his wing, grooming him to be his sub. Julien is determined to let Shane experience the good life, even financing his education, but he’s challenged at every turn by Shane’s rebellious nature.

When Shane’s defiant behavior threatens to come between them for good, Julien has to act fast to teach Shane the meaning of real submission.

Can Julien tame the bad boy? Can Shane give up his old ways of stealing, lying, and using drugs? The playroom is open.

Fantastic read! Bend Over starts out with the eighteen-year-old, Shane, who has run away from home to escape his intolerant reverend father. Shane isn’t entirely sure about his sexuality, but when he has a sexual encounter in a beach shower with an older French speaking man, Shane’s only thought is that he wants that guy again. Although he doesn’t’ know it at first, Shane has made an impression on the man. Julien is the owner of a BDSM club and after his encounter with Shane, he has to have him as his boy. He makes all the arrangements to assure Shane ends up in his hands.

This book was extremely sexy. I loved how submissive Shane is and how at the same time he’s bratty and rebellious. Shane was missing a loving father figure in his life and Julien quickly fills that role. Since Shane messes up a lot, he earns a lot of punishment, but his punishments are always sexy and far from being harsh. Shane loves being spanked, which makes his discipline even hotter. Bend Over has a happy ending, and the only thing I’m wondering is if Julien will ever get his boy to behave. I recommend this book to anyone who loves M/M BDSM.