Hi! I’m J.A. Rock, and right now I’m touring the internet talking about my latest release, The Silvers. Thanks so much to the blogs that are hosting me on this tour, and be sure to leave comments on the tour posts for a chance to win a $15 Riptide Publishing gift card! 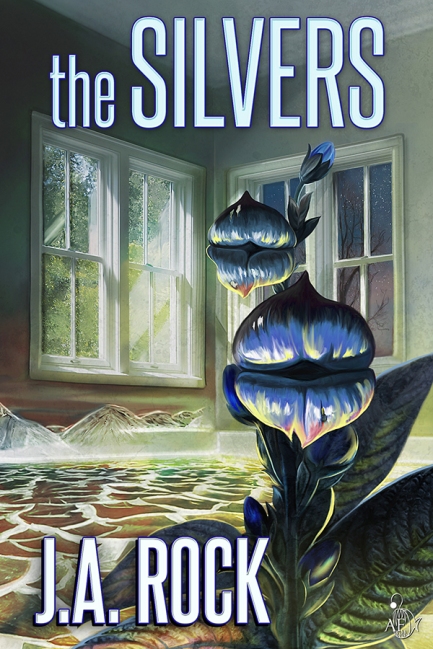 What humans want from the Silver Planet is water. What they find is a race of humanoids who are sentient, but as emotionless and serene as the plants and placid lakes they tend

B, captain of the mission, doesn’t believe that the “Silvers” are intelligent, and lets his crew experiment on them. But then he bonds with Imms, who seems different from the others—interested in learning, intrigued by human feelings. And B realizes that capturing, studying, and killing this planet’s natives has done incalculable damage

When a fire aboard B’s ship kills most of the crew and endangers Imms, B decides to take him back to Earth. But the simplicity of the Silver Planet doesn’t follow them. Imms learns the full spectrum of human emotions, including a love B is frightened to return, and a mistrust of the bureaucracy that wants to treat Imms like a test subject, even if they have to eliminate B to do it.

J.A. Rock is the author of queer romance and suspense novels, including By His Rules, Take the Long Way Home, and, with Lisa Henry, The Good Boy and When All The World Sleeps. She holds an MFA in creative writing from the University of Alabama and a BA in theater from Case Western Reserve University. J.A. also writes queer fiction and essays under the name Jill Smith. Raised in Ohio and West Virginia, she now lives in Chicago with her dog, Professor Anne Studebaker.

To celebrate the release of The Silvers, J.A. Rock is giving away $15 in Riptide Publishing credit. Leave a comment with your contact info to enter the contest. Entries close at midnight, Eastern time, on July 16, 2016. Contest is NOT restricted to U.S. entries. Thanks for following the tour, and don’t forget to leave your contact info!