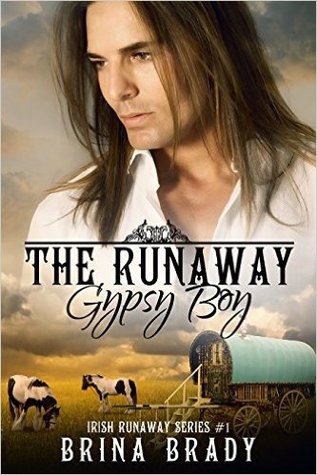 Twenty-year-old Daniel Serban loses his dancing job and threats of being outed to his family forces him to flee Limerick, Ireland. Daniel fears his father and the other gypsy men will force him to marry his betrothed, or bring bodily harm to him for being gay.

As chance would have it, he ends up in Cleary’s Pub, a gay leather bar in Galway where he meets the grouchy, ginger-bear Ronan O’Riley. Little did Daniel know meeting the ginger Dom would change his life style as he knew it.

Ronan O’Riley has been unable to move on to another sub since the death of his sub a year ago, that is until a troubled gypsy boy steps into Cleary’s. Ronan’s lonely life is about to change.

Can Ronan convince Daniel to trust him or will Daniel’s fears of his past ruin any chance of a relationship? Unexpected heated attraction in the barn ignites their relationship to move forward. Though, the two men have many of the same dreams, Daniel’s secrets and Ronan’s need to gain Daniel’s trust outlines some of the many challenges they face.

This book was a lot of fun to read. It begins with a glimpse of Daniel’s life as a gypsy. He wants to escape his family and the only way he knows how is to save money working as a dancer. When circumstances force him to finally take the leap and run away, he has the good luck of encountering the sexy ginger dom, Ronan. Ronan owns a ranch and has work and a place to stay for Daniel, so they are a perfect match. As the story progresses and things get heated between the two, Daniel’s family problems catch up with him and put them both in danger.