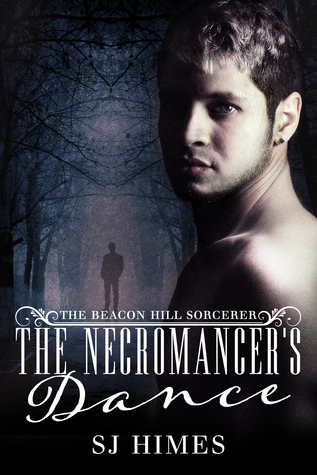 In a world where magic is real and evil walks amongst humanity, a young sorcerer is beset upon by enemies, both old and new. Angelus Salvatore is the only necromancer in all of Boston, and his name is whispered warily by the undead and fellow sorcerers alike. He and his brother Isaac are the lone survivors of an attack by an army of the undead, in which Angel used a spell so powerful it forever marked his place in history. Now, years later, Angel struggles to balance his career as a teacher of the higher magical arts, his role as big brother, and a tenuous relationship with an Elder vampire from the local clan. When his brother’s boyfriend is used as a pawn in a mysterious plot to draw Angel out, Angel is once again pulled back into the old hostilities that fueled the Blood Wars and led to his family’s death.

Leaning on others for help is something Angel cannot do, and while he searches for clues into who may be targeting him and his brother, Angel finds his heart steadily growing occupied with Simeon, Elder and vampire. Dealing with death magic and vampires on a daily basis may leave Angel jaded when it comes to life and staying that way, but the more time he spends fending off the ancient vampire’s attention and affections, the more he realizes he wants to give in.

Can Angel find out who wants him dead, and keep his heart safe in the process? How can he fall for a vampire, when his whole family was torn apart by an army of the undead?

Death stalks the streets of Boston’s historic Beacon Hill….and there is no one more suited to battle against death than a necromancer.

The Necromancer’s Dance begins when the powerful necromancer, Angel, is attacked by several vampires in a bar. Angel’s slight build makes him seem at first glance like someone who can be dominated, but his magic is so strong that he can easily bring the vampires to their knees as well as take out everyone in the bar. However, before it gets to that point, the vampire elder, Simeon, comes forward to negotiate. Even though Angel doesn’t trust him entirely, Angel cannot hide his attraction to the vampire. When it becomes clear that someone with a grudge is out to kill Angel, they end up working together to uncover the mystery and confront the creature that wants Angel dead.

I really enjoyed this book. I found the writing engaging and I immediately loved the characters. I’m not usually fond of reading mysteries and detective books, but all the magic in this world drew me in from the start. I loved how Angel, a slight figured beauty, is so feared by all the vampires and how he’s confident in his ability to call the shots. At the same time, Simeon’s character is an extremely hot and debonair vampire. Considering their natures, they should be enemies, but instead they have sizzling chemistry and are perfect together. Overall, this book is great. This was the first thing I’ve read from SJ Himes, but I’ll definitely be reading more. I recommend this book to anyone who likes m/m romance and dark m/m fantasy with vampires, demons and necromancers.