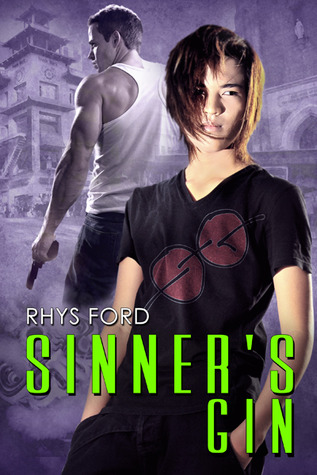 There’s a dead man in Miki St. John’s vintage Pontiac GTO, and he has no idea how it got there.

After Miki survives the tragic accident that killed his best friend and the other members of their band, Sinner’s Gin, all he wants is to hide from the world in the refurbished warehouse he bought before their last tour. But when the man who sexually abused him as a boy is killed and his remains are dumped in Miki’s car, Miki fears Death isn’t done with him yet.

Kane Morgan, the SFPD inspector renting space in the art co-op next door, initially suspects Miki had a hand in the man’s murder, but Kane soon realizes Miki is as much a victim as the man splattered inside the GTO. As the murderer’s body count rises, the attraction between Miki and Kane heats up. Neither man knows if they can make a relationship work, but despite Miki’s emotional damage, Kane is determined to teach him how to love and be loved — provided, of course, Kane can catch the killer before Miki becomes the murderer’s final victim.

Sinner’s Gin starts out with a mystery after a body is dumped in Miki’s car. Though Kane is a police officer on the case, he takes on the role of protector for Miki. Later, Kane learns that the man found dead in Miki’s car was one of Miki’s foster parents, a man who sexually abused Miki. As the case unravels Miki finds himself in danger once again.

I really loved the relationship between Miki and Kane. Miki was a little sassy but wounded and somewhat broken. Kane is instantly drawn to Miki, but precedes with caution due to the things that happened to Miki in the past. I had high expectations for this book, so I guess I was disappointed that I wasn’t as drawn to it as I imagined I would be. I loved the romantic ending, but was confused about the last scene that seemed to be some kind of lead in to the next book. Though the story was enjoyable, I can’t say when I’ll continue this series.