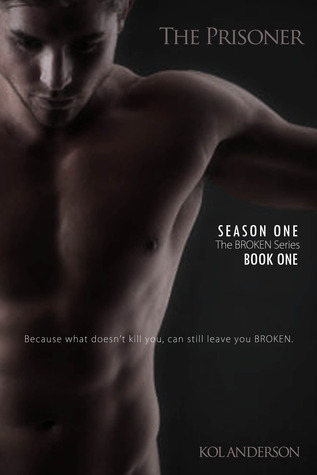 Aaron Taylor is a rent-boy.
The Dream everyone wants to come true.

Vincent Greene is the client from hell.
The man who wants to make sure that dream ends up BROKEN.

Just when Aaron thinks his life is beginning to make sense, his handler sends him to a new client. Vincent Greene looks like he might just be Aaron’s best client yet, but what Aaron doesn’t know, is that under Vincent’s alluring facade, lurks a heart capable of extreme cruelty.

This book starts out with a glimpse of Aaron’s life as a rent boy. He’s in love with a man who is promising to leave his lover in order to be with him. Though Aaron wants to believe it, he has to keep working. He hooks up with his next client, Vincent, and discovers too late that Vincent is bad news. Aaron is taken captive and his only hope for escape is the client who told him he loved him.

This book was enjoyable, but not entirely what I expected. So far there seems to be three viewpoints. One is Aaron’s viewpoint, one is the client who professed his love to Aaron, and the last is Vincent, the client responsible for kidnapping Aaron. Everything seems in place except for Vincent’s viewpoint. Even if Vincent ends up falling for Aaron, I can’t see myself liking him. He’s a kidnapper and after everything he’s done to Aaron, there’s no way I’m going to warm to the jerk. I’m interested in figuring out where things are going, but from the way the book began, I imagined it would be a lot longer and have more of a story arc. I’m guessing now that the story arc will be split up between the three books in the trilogy. As it is, the book ended in a cliffhanger of sorts with nothing concluded. I guess I’ll have more to say about this series once I read book #2.